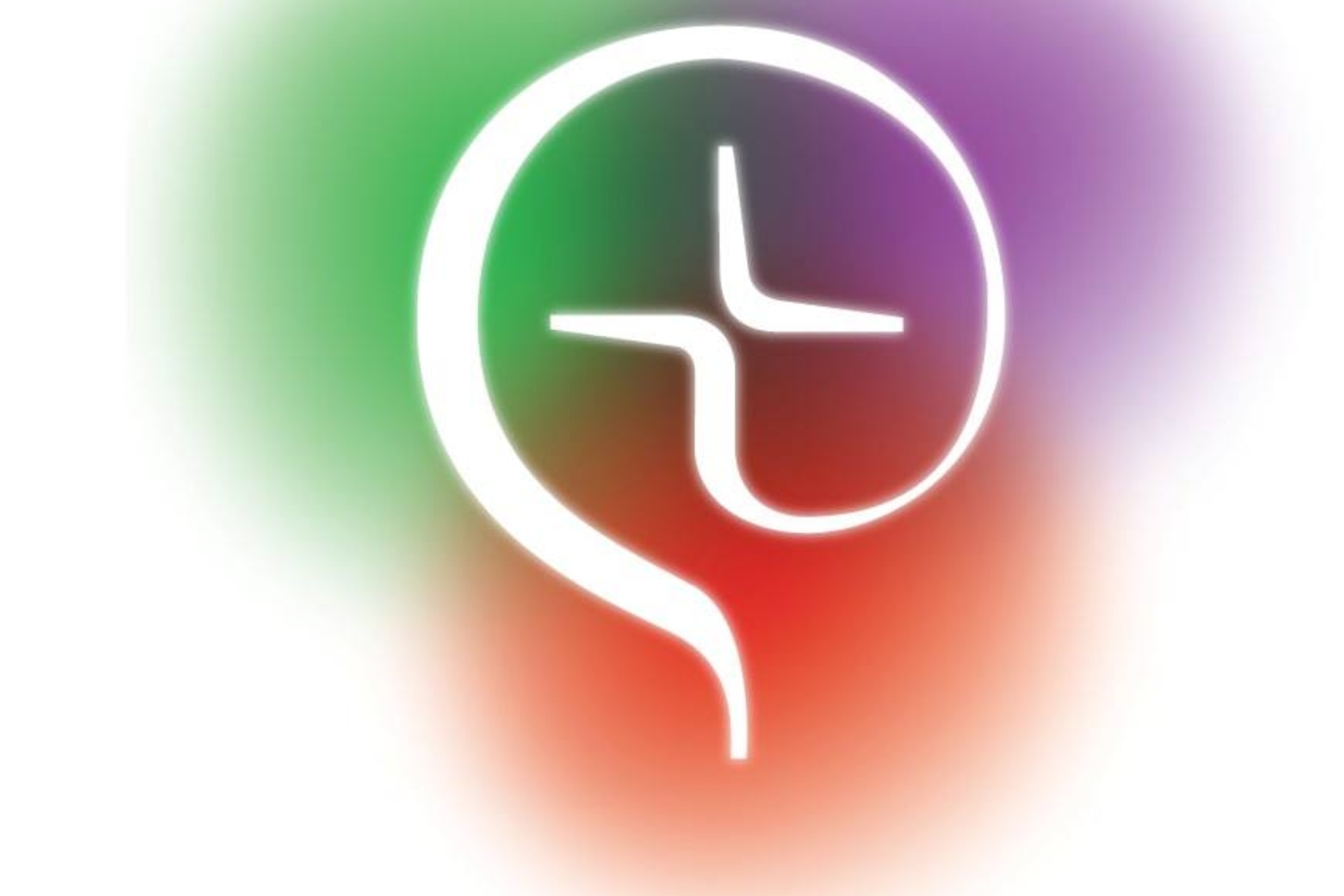 Members of the Irish Catholic Bishops’ Conference gathered in-person this week in Saint Patrick’s College, Maynooth, for their Autumn 2022 General Meeting.  The President of the Conference is Archbishop Eamon Martin of Armagh and the Vice-President is Archbishop Dermot Farrell of Dublin.  During the Bishops’ meeting, a Mass of Thanksgiving was celebrated in the College Chapel in recognition to all who contribute to the work of the Commissions, Councils, Agencies, and Initiatives of the Bishops Conference.  This Mass was followed by a reception in Pugin Hall at which long serving former staff Ms Kathleen Barrett, Ms Brenda Drumm and Mr Harry Casey were honoured for their work and commitment to the mission of the Church.

The main issues discussed by bishops during their Autumn General Meeting included:

In welcoming certain Budget 2023 measures that were announced by Government on 27 September last, specifically to provide financial support to households, businesses, sports organisations and voluntary organisations facing rapid inflationary energy costs, bishops noted the lack of assistance for community facilities which are not grant aided.  Such public utilities include parish centres, community halls and church building themselves.

Bishops stated that, “especially during winter church buildings are frequented by the homeless and vulnerable to keep warm and to be safe.  With soaring heating costs, the numbers seeking to spend part of their day in such settings can be expected to rise dramatically.  However, the related energy costs are also rising rapidly to the point where it is difficult to see how drastic closures can be avoided.  To address this dilemma, we urge Government to make assistance available so that these vital community resources can remain open on a sustainable basis throughout this stressful period, and to offer grant support to equip such facilities to be more energy efficient in the future.”

Bishops welcomed the appointment by the Holy Father of Bishop Kenneth Nowakowski of the Eparchy of the Holy Family in London, of Byzantine Ukrainians, as Apostolic Visitator for the Ukrainian Greek-Catholic faithful resident in Ireland.  Bishops noted the increasing number of Ukrainian people forced to flee from their country, over 50,000 of who are now in Ireland.  Bishops expressed their gratitude to the many parishioners, clergy, and religious who are working tirelessly to welcome them at a local level.

There are also over 15,000 people seeking asylum in Ireland at this time, of whom over 3,000 are still living in direct provision.  During their meeting, bishops assured all refugees and asylum seekers of their spiritual, pastoral and welfare concern.  Bishops expressed the hope that more people seeking refuge could also come to Northern Ireland and urged the civil authorities to seek to address this matter on an all-island basis.

Bishops congratulated Ms Teresa Devlin, chief executive officer of the National Board for Safeguarding Children in the Catholic Church in Ireland, on her recent appointment by Pope Francis to the Pontifical Commission for the Protection of Minors.

Ms Devlin highlighted that the Church in Ireland has made great strides to ensure compliance with civil and Church child safeguarding standards in the interest of safeguarding children.  Ms Devlin also reflected, in general, on her discussions with survivors of abuse who retain hurt for many years after their abuse and require life-long care and support.

Bishops noted that this Saturday, 8 October, marks National Traveller Mental Health Day, and that this will include the celebration of Mass at Knock Shrine, Co Mayo.  Bishops received a report, from their Commission on Social Issues and International Affairs that gave an account of an enlightening meeting with representatives of the Archdiocese of Dublin’s Parish of the Travelling People, on aspects of community life, including their deep faith, devotion to prayer and the sacraments, as well as culture.

Bishops said it was totally unacceptable that Travellers experience racism, discrimination and dangers on a daily basis in Ireland, and that it was most regrettable that this situation often forces young Travellers to hide their own identity.  Bishops asked all Catholics to show solidarity with Travelling people and to work for change of attitude in society to enable Travellers participate more fully in the life of the community – including the faith community – and to encourage a greater respect for Traveller identity and its unique culture.

Bishops were also advised of the high level of mental health problems and large number of suicides among Travelling people, specifically, that the suicide rate of young Traveller men is seven times higher than in the settled community.  Concern too was raised at the high proportion of Travellers in the prison system in Ireland, and about the volume of financial resources returned to the exchequer relating to projects to assist Travellers, particularly on housing, due to third party objections and other systemic blockages.

Bishops thanked the priests, religious, and many parish and other voluntary groups, for their continued support and solidarity with the Travelling community.  Bishops expressed their deep gratitude to the Parish of the Travelling People for its significant contribution to the Synodal Pathway, and look forward to close collaboration into the future.

Having previously discussed it in August before submitting the report to Rome, bishops reflected further on the national Synthesis of the Consultation in Ireland for the Diocesan Stage of the Universal Synod 2021 – 2023.  Bishops commended the work and commitment of all involved in the process to-date, and considered the next steps for discerning pastoral actions for the Catholic Church in Ireland, as well as welcoming more people into conversations.

The next phase of the Universal Synod is the ‘Continental Stage’.  A working document, an Instrumentum Laboris, will be published in the coming weeks.  Around the world, various continental assemblies for this phase will take place between next January and March.  The European assembly will take

place in Prague from 5 to 12 February.  The President of the Irish Bishops’ Conference, Archbishop Eamon Martin of Armagh, will be attending the European assembly with three other delegates.  A further ten places will be made available for delegates to participate by video conferencing.  Following the continental assemblies, a further working document will then be prepared in advance of the Synod taking place in Rome in October 2023.

Next Steps – Synodal Pathway in Ireland

The Catholic Church in Ireland also continues its pathway of planning and preparation for a National Synodal Assembly (or Assemblies).  To this end, in August, the Bishops’ Conference appointed Ms Julieann Moran as General Secretary of the Synodal Pathway for the in Ireland.  The next steps for the Synodal Pathway in Ireland include:

As October is traditionally dedicated as ‘Mission Month’, bishops remembered in prayer the work of our missionaries throughout the world.  The cover story of this month’s edition of Intercom magazine has been dedicated to the missionary outreach of the Catholic Church.

The theme for World Mission Sunday this year, which the Church will celebrate around the world on 23 October next, is ‘You Shall Be My Witnesses’ (Acts 1:8).  World Mission Sunday is the Holy Father’s annual appeal for spiritual and financial support so that the life-giving work of overseas mission and missionaries can continue.  On World Mission Sunday, collections will take place at Masses throughout the universal Church so that Catholics might give what they can to help support struggling dioceses in the developing world.  The Mission Sunday collection promotes the work of missionaries in poor and remote communities.  The funds raised will help build vital infrastructure, including churches, medical clinics, nurseries and schools.

Bishops commended the Church’s missionary agency, Missio Ireland, and its national director, Father Michael Kelly SPS, for the informative mission month pack that has been produced for the benefit of parishes and congregations to raise awareness about mission.  The resource pack can be downloaded at https://missio.ie/mission-month

At 11.00am on 23 October, RTÉ will televise the celebration of Mass from its Donnybrook studio, Dublin, for World Mission Sunday.

Trócaire advised the bishops that the hunger crisis in the Horn and East Africa has further deteriorated in recent months, with the UN warning that a famine may be declared shortly in parts of Somalia.  Bishops were advised that, on average, one person dies every 48 seconds from acute hunger linked to conflict, COVID-19, the climate crisis and inflationary and market pressures accelerated by the current conflict in Ukraine.

Since the €2 million raised by the Church East Africa Appeal last November – to support Trócaire’s work in Somalia, Ethiopia, Democratic Republic of the Congo, Sudan, and South Sudan – the numbers suffering very high levels of food insecurity in the region has increased to 52.5 million people.  For example, in Somalia, an estimated six million people are in crisis while in Ethiopia, close to 30 million require some form of humanitarian support including nine million people in Tigray.

Trócaire thanked bishops and parishioners throughout Ireland for their generous support last November; for their support of the Caritas International Church appeal in March; and for their ongoing support of the work of Trócaire, including its Lenten campaign, which had as its theme ‘A Better Tomorrow’.

Noting that on 11 October, next week, marks the 60th anniversary of the opening of the Second Vatican Council, bishops recognised how much the universal synodal process and the Irish Synodal Pathway, have their roots and are a fruit of that great event of the Spirit, the largest council in the history of the Church.  The Council underlined the image of Church as the People of God (mentioned 184 times in the conciliar documents) journeying together in Christ.  While much has changed since the Council, and the Church in Ireland faces many challenges, it is by recalling the powerful work of the Holy Spirit during the Council, that we can overcome discouragement and, in joyful hope, continue on the Irish Synodal Pathway, with its key question: ‘What does God want from the Church in Ireland at this time?’

Bishops highlighted that Pope Francis has recently written: ‘The Council was born with the question, ‘how can we speak of Jesus to the men and women of today?’, and made the Pope’s words their own: ‘One would not understand the Council, nor the current Synodal Path, if evangelisation were not placed at the centre of everything.’

The Legion of Mary is a lay apostolic association of Catholics who serve the Church and their neighbour on a voluntary basis in 170 countries.  The first meeting of the Legion took place in Dublin on 7 September 1921.  In this its centenary year, bishops warmly acknowledged the deep commitment to the faith and the hard work of the Legion of Mary.  Its founder, Frank Duff, was invited to attend part of the Second Vatican Council where he was accorded a standing ovation by the bishops of the world.  The teaching of the Second Vatican Council regarding the lay apostolate emphasised the centrality of the vocation of every member of the Church, rooted in baptism.  This affirms the work of Frank Duff and is a wonderful vindication of the Legion of Mary.  Pope Francis has stressed the importance of a more synodal, mission-orientated, outward looking Church.  The Legion of Mary is well equipped and experienced in this area and bishops expressed their hope that the example of the Legion will be able to assist the Irish Church on the Synodal Pathway.

Bishops prayed for the soul of Bishop Séamus Freeman SAC, Bishop Emeritus of Ossory and former member of the Bishops’ Conference from 2007 until 2016, who passed into Eternal Life on 20 August last.  Ar dheis Dé go raibh a anam dilís.