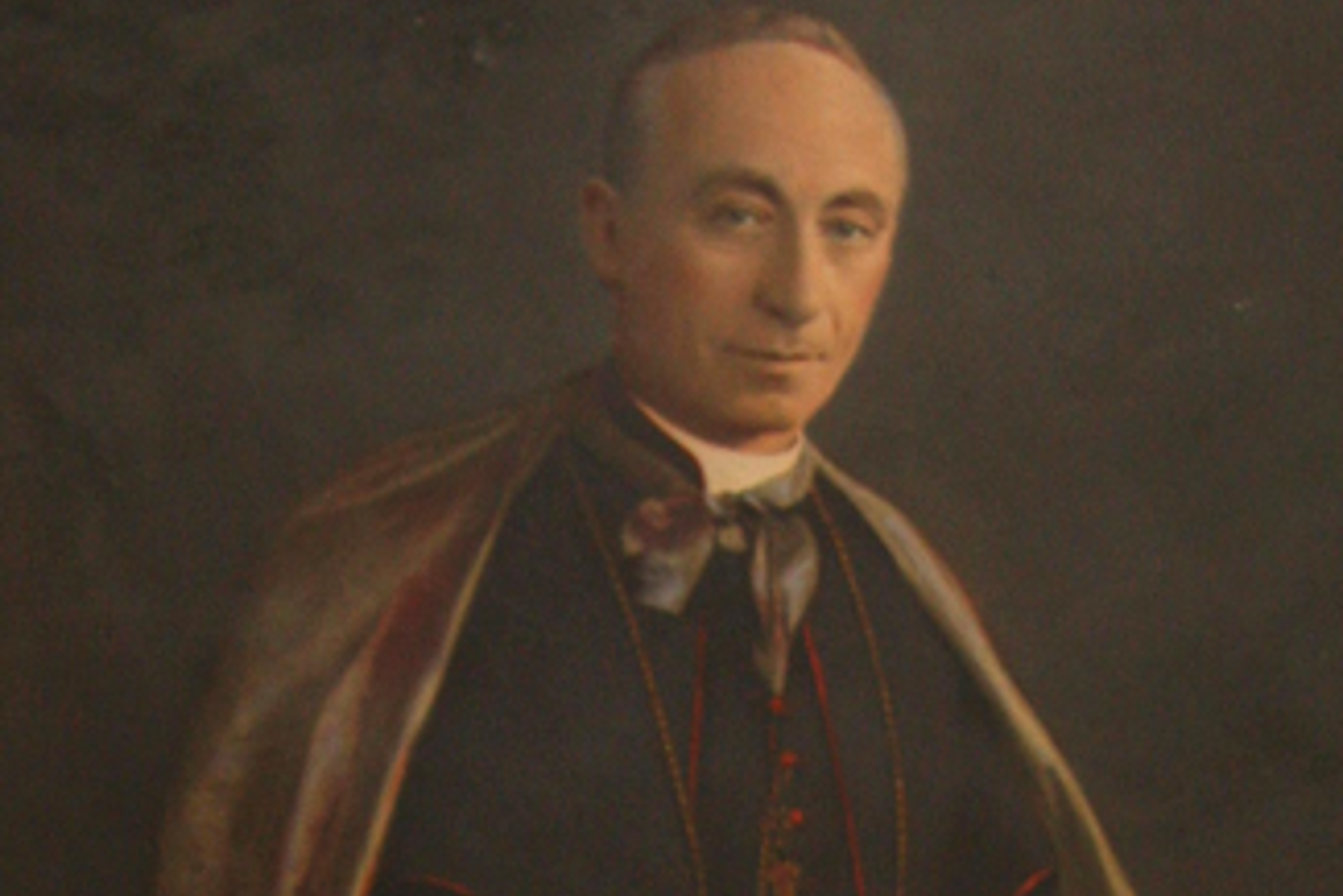 The life and works of Bishop David Keane.

David Keane was born on 27 February 1871 to parents Timothy and Johanne (nee Lenihan) at Ballyagran Killmallock county Limerick. His father was a shopkeeper with a small farmer. He was first educated at St Colman’s College, Fermoy, county Cork before he entered St Munchin’s College, Limerick in preparation for his studies at Maynooth College. He matriculated for the diocese of Limerick on 28 August 1889. He had a good standard of education as immediately, he joined the second year of the cursus, First Philosophy. Normally students were required to study Humanity or Rhetoric before studying Philosophy. Keane was ordained by the archbishop of Dublin William J. Walsh on 23 June 1895. Following his ordination, he continued with his studies at Dunboyne Institute. Following postgraduate studies, he was sent to the Island of Jersey in the Channel Islands to aid in his recovery following a breakdown in his health. From 1896 to 1919 he was on staff at St Munchin’s College, where he served as president from 1909: during this time, he was made a member of the Cathedral Chapter in 1919. In 1919 he was appointed parish priest of Glin, county Limerick. At the end of December 1923 Pope Pius XI appointed Keane as bishop of Limerick following the death of Bishop Denis Hallinan (1849 -1923). His consecration occurred on 2 March 1924 and he remained in office until his death on 13 March 1945.

Keane was described as a shy and retiring figure who shunned the limelight. He was noted for his interest in the poor of the city dedicating much of his time to helping Saint Vincent de Paul and the Blanket and Fuel Fund. He was also heavily involved in St Michael’s Temperance Society in the city. He also had an interest in sports and helped with the building of new facilities for St Michael’s Rowing Club, which he actively promoted. During his episcopacy he oversaw the building of three new churches: St Mary’s and Our Lady Queen of Peace, Janesboro in the city and Kilmeedy in the county, while the church at Shanagolden was completely reconstructed. He was also Secretary to the bishops of Ireland and he helped formulate policy on a number of threats to Catholic teaching in Ireland. They included dance halls, immoral literature, birth control and contraceptive products. Bishop Keane died 13 March 1945 at Milford House county Limerick from Pulmonary Tuberculosis.

[Dr Martin Walsh is a volunteer archivist at Limerick Diocesan Archives. He is currently completing the cataloguing of Bishop David Keane’s papers]