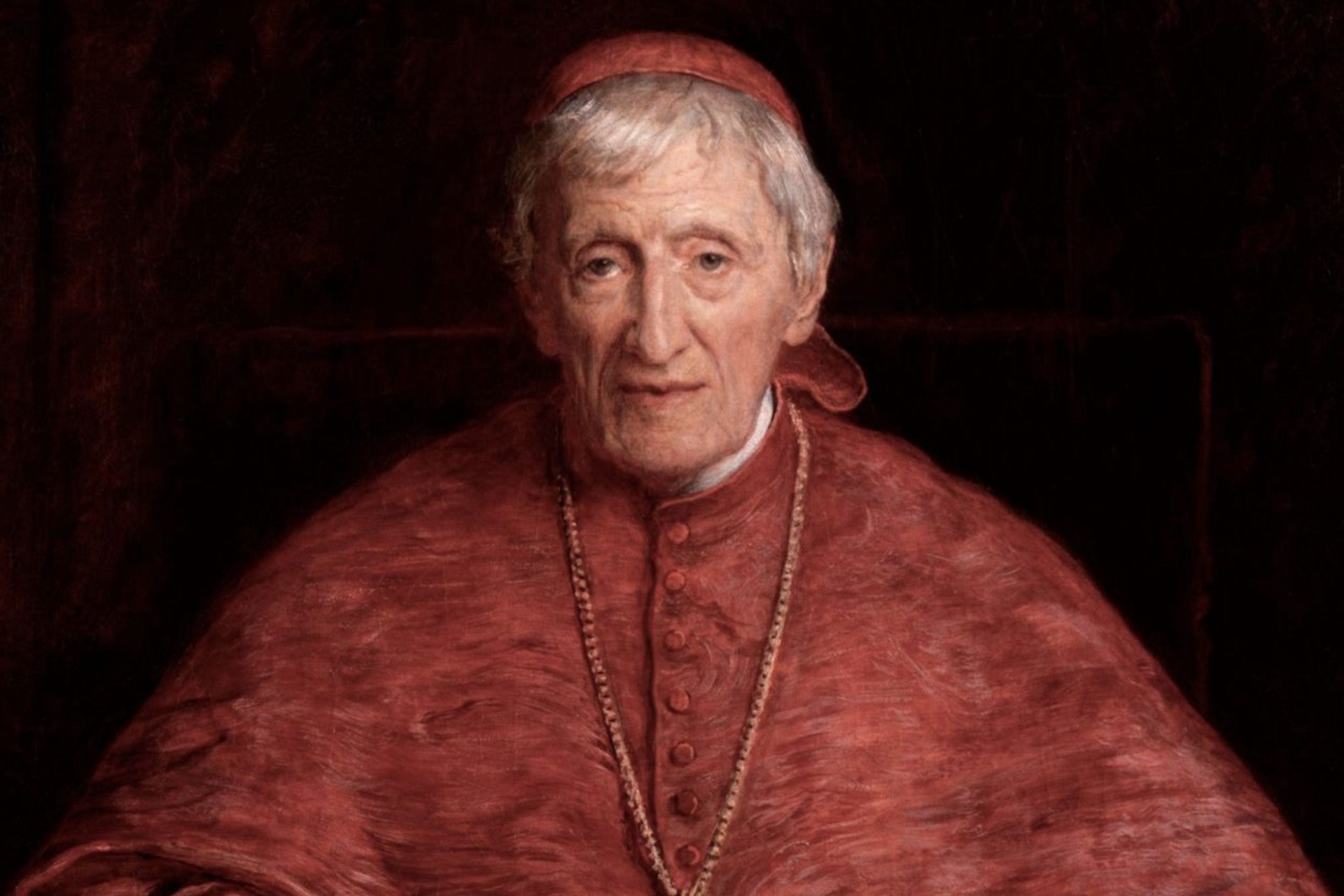 Cardinal John Henry Newman (1801-1890) was born in London and lived in England for most of his life except for a good part of a few years in Dublin. He was an Anglican convert to Catholicism while teaching at Oxford University and went on to become a Catholic priest. He was a gifted thinker and writer, and the first rector of the Catholic University of Ireland.

The cause for his sainthood was opened in 1958 and he was declared Venerable by Pope Saint John Paul II in 1991 after his life of ‘heroic virtue’ was recognised.

On 3 July 2009, Pope Benedict XVI recognised the healing of Deacon Jack Sullivan in 2001 as a miracle, resulting from the intercession of the Venerable Servant of God, John Henry Newman. This decision paved the way for Newman’s beatification which was performed by Pope Benedict during his papal visit to the UK on 19 September 2010.

A second miracle was needed for Newman’s canonisation. In November 2018, the Vatican approved a second miracle, involving the unexplained healing of a pregnant American woman from a life-threatening diagnosis and investigated by the Archdiocese of Chicago.

On 13 February 2019, it was announced that Pope Francis had approved the Decree concerning this miracle.  At a Consistory of cardinals on 1 July 2019, Pope Francis formally approved Blessed John Henry Newman’s canonisation which will take place on Sunday 13 October.

A canonisation ceremony is a Papal Mass in which the Pope officially declares one or more men and women to become saints of the Catholic Church. By this act the Church offers them as models of Christian holiness for the faithful and intercessors in heaven.

Irish Bishops and the Canonisation of Blessed John Henry Newman

During their Autumn General Meeting, which concluded on Wednesday 2 October in Maynooth, the Irish Catholic Bishops’ Conference prayed for the intercession of Blessed John Henry Newman to protect the faith and those who exercise their conscience in the service of the common good. They also announced the details of the participation of Irish Bishops as part of the canonisation ceremonies:

On 11 October, Archbishop Diarmuid Martin of Dublin will deliver an address on Blessed John Henry Newman at the Pontifical Irish College in Rome.  This event is being jointly organised by college staff and the Ambassador of Ireland to the Holy See, His Excellency Derek Hannon.

Bishop Brendan Leahy will lead thirty pilgrims from Limerick to the Mass of Canonisation and Bishop Francis Duffy of Ardagh & Clonmacnois, Bishop Fintan Monahan of Killaloe and Bishop Emeritus Philip Boyce OCD of Raphoe, will also attend the Mass.

John Henry Newman was born in 1801, the son of a London banker.  Both his parents were practising members of the Church of England.  He had five siblings.

From an early age he exhibited remarkable intelligence and went up to Oxford in 1816.  He became a Fellow and tutor in Oriel College and was ordained a priest of the Anglican Church in 1825.  After ministering in a parish he became vicar of St Mary’s University Church in 1828.

At St Mary’s Newman and a number of colleagues set out to reform the Anglican Church.  To this end they conducted an intensive study of the writings of the early Church fathers, such as Origen, Tertullian, Athanasius, Chrysostom, Augustine and Jerome.  In so doing they were attempting to justify the claim by the Anglican Church to apostolicity and authenticity.  More explicitly they were seeking to establish is as a Via Media (middle way) between the ‘errors of the Roman Catholic Church’ and Luther’s Protestantism.  They published their sermons and lectures in Tracts or pamphlets, hence their movement became known as the Tractarian Movement.  It was also known as the Oxford Movement because so many of those involved were associated with the University.

Newman consistently insisted on the necessity of being led both by scripture and tradition in order to attain the whole of revealed truth.  Thus, as a result of his extensive research, he discovered that the Catholic Church not the Anglican Church was the same as the early Church – the Church of the Fathers.  He converted to Catholicism in 1845 and was ordained a year later.  Pius IX gave him the authority to set up, with some of his fellow-converts, a community of the Oratorians of St Philip Neri in a Birmingham parish.  Leo XIII created him a cardinal in 1879.  He died in 1890.

Newman was a prolific author, a well-known controversialist and was regarded as one of the leading intellectuals of his time.  In 1851 he accepted an invitation from Cardinal Paul Cullen to come to Dublin to set up a Catholic University.  He delivered a series of lectures on university education in Dublin in 1852 and these were to become part of his The idea of university education, universally regarded as the classic monograph on third level education.  On the establishment of the university, Newman served as its rector form 1854-1858.  The university did not fulfil all expectations.  Its main deficit was its failure to achieve appropriate recognition of its degrees, with the exception of those granted by the university’s medical school.  However, it was the beginning of the process which ended in the establishment in 1908 of the National University of Ireland with its constituent interdenominational colleges at UCC, UCD and UCG.

While in Ireland Newman with his friend John Hungerford Pallen, the professor of fine arts in the university, planned and designed Catholic University Church.  It was built in less than two years and Newman provided half its cost out of money subscribed for his defence in a defamation case taken against him.

Click here to read more about the life and ministry of Cardinal John Henry Newman.