100th anniversary of the birth of St John Paul II 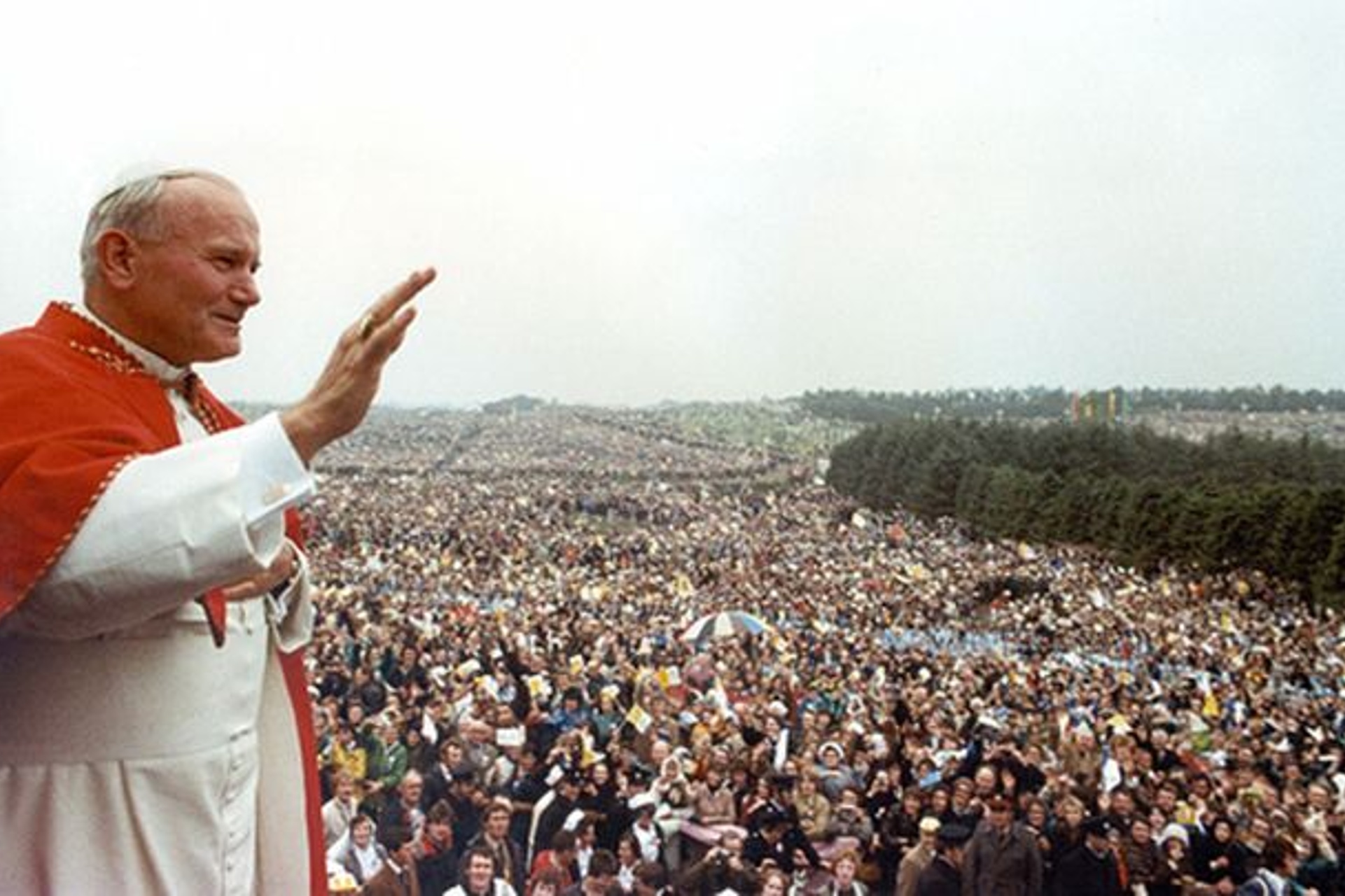 Celebrating Mass on the 100th anniversary of the birth of Karol Wojtyla, the future St John Paul II, Pope Francis described his predecessor as a man of prayer, closeness, and justice.

Pope Francis celebrated the 100th anniversary of the birth of St John Paul II by offering Holy Mass at the altar where the Polish Pope is buried in St Peter’s Basilica.

Joined by a very limited number of the faithful, the liturgy on Monday morning was the first Mass open to the public after almost two months of restrictions due to the coronavirus pandemic.

The Lord has visited His People

Pope Francis began his homily by reminding us that God loves His People, and in times of difficulty “visits” them by sending a holy man or a prophet.

In the life of Pope John Paul II, we can see a man sent by God, prepared by Him, and made Bishop and Pope to guide God’s Church. “Today, we can say that the Lord visited His people”.

A man of prayer

Close to the people

St John Paul II was also close to the people, not detached or separated from them, but travelling the whole world to seek them out.

Already in the Old Testament, we can see how God was uniquely close to His People. This closeness culminated in the Incarnation, when Jesus Himself dwelt among His people.

John Paul followed the example of Jesus, the Good Shepherd, drawing near to both the great and the small, to those close by and those physically far away.

Finally, Pope Francis said, St John Paul II was remarkable for his love of justice. But his love for justice was a desire for justice completed by mercy. And so John Paul was also a man of mercy, “because justice and mercy go together”. John Paul, who did so much to promote the Divine Mercy devotion, believed that God’s justice “had this face of mercy, this attitude of mercy.”

Pope Francis concluded his homily with the prayer that the Lord might grant to all of us, and especially to pastors, the grace of prayer, of closeness, and the grace of justice in mercy, and merciful justice.